A Parable of Success: Let's Have a Meal. 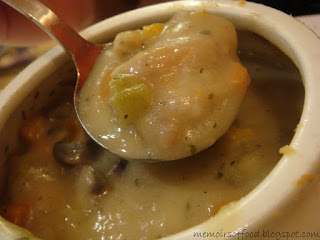 I imagine the bowl:  life.   The delicious contents therein: knowledge.  The process: success.
The first man is like a person who gives the impression of success, but he really has no content in his life, only giving the appearance and ultimately nothing to offer himself or others.  Many people want to be like him, but later find their life pointless.


The second man is like a man who tries at success, but out of laziness, doesn't ingest the knowledge from his experiences and privileges, thus not even giving the appearance of success.  This person might be viewed as one going nowhere in life.  This is worse than the first man but better than the first man with potential to change.

The third man experienced success.   He has dipped his spoon into the contents (which the first man views as foolishness) and has lifted up his spoon from the soup (which the second man may view as too much work) and has taken up the contents, devoured, digested, and actually enjoys what he does.  (which proves both man number one and two the foolish) Thus success to me is: learning.   What is man number three actually doing?  He is learning.  Thus, to me, success is learning.

Posted by Jeremy and Kayla's Prayer Room at 10:09 AM