Healing from The Roots 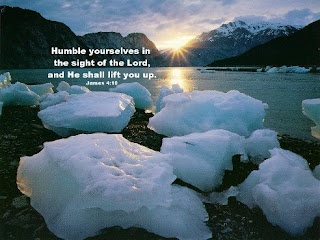 The worst diseases in the world are not those of overwhelming pain, though these in their respect can be horrid.  But perhaps the most overwhelming sickness in this world are the ones that bring overwhelming and distracting comforts.  Let's think about this:  If we look at history and what we commend the nation-molding heroes of old on, it is a decision to endure pains in the presence of screaming comforts.  They are honored.  So perhaps it is not pain, but comforts we must watch for because they have a greater, even longer lasting tendency to function just like a sickness:  sickness is an disordered, weakened, unsound condition.  To have comfort in one's life of course is ok.  But, this is about the effect of overwhelming distracting pleasures in one's life, not only on them but in an entire nation.  Many times such comfort is the cause of greater pains in the world.  Let's think about this on a general national scale.

"The poorest 40 percent of the world’s population accounts for 5 percent of global income. The richest 20 percent accounts for three-quarters of world income." Due to the disease of pleasure and comforts and the endless, mindless search of it,  millions upon millions of people are suffering needlessly!  When we think about it in this way, there is actually encouragement laying thereof.   This statistic being true, this means that the lowest of the lowest minimum wage citizen in even the near 20 percent (a minimum wage citizen in any English speaking nation), can offer an incredible if not unimaginable benefactor to the poorest of regions;

The bottom line is this:  One man's sacrifice can change, heal, and restore the whole entire world.  This said, a man's possessions do not even matter.  His will what matters in this discussion.  The challenge?  Take self-motivated pleasures and apply them to a greater purpose while seeking for the actual treasure.  Go someplace and be a hero.   How?  Be yourself.

Let us support each other as we are on our first step on humility road.
Posted by Jeremy and Kayla's Prayer Room at 2:04 AM