Today; this is your "debut." 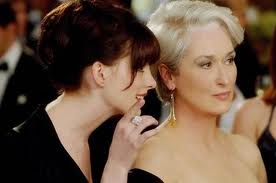 If you have a DVD movie laying around, take a look at the deleted scenes sometime and notice one thing.   Simply observe the way the actors act.  Question:  While creating the film,  do you think the actors in the movie know which scenes from the movie will be in the deleted scenes and which ones won't make it?  I think it’s fair to say generally “no".  In theory, any scene could be "box office smash" …what is my point?  They perform their very best in each and every scene not knowing which will be the one that will “make” the movie.  Our lives are similar to this analogy.  But I believe it is important to know:  Our lives are not a conglomeration of deleted scenes.  And also: We see how dearly we need to “act” as though every scene in our life is our “debut” scene.  Each scene matters.  Do not start "editing" which "scenes" of your life are important and which ones aren't; which "actors" in your "movie" are important and which ones aren't.  Your job is to simply perform and be your best you.   Let God do the editing.  Just remember:  every moment of your life is your debut.  (2 Thessalonians 3:13)
Posted by Jeremy and Kayla's Prayer Room at 12:17 PM