Lightening In A Jar

If you could fit the entire population of the world into a village consisting of 100 people,

maintaining the proportions of all the people living on Earth, that village would consist of

6 people would possess 59% of the wealth and they would all come from the USA
80 would live in poverty
70 would be illiterate
50 would suffer from hunger and malnutrition
1 would be being born
1 would own a computer
1 (yes, only one) would have a university degree

If we looked at the world in this way,
the need for acceptance and understanding would be obvious

But, consider again the following:

If you woke up this morning in good health, you have more luck than one million people,
who won't live through the week.

If you have never experienced the horror of war, the solitude of prison, the pain of torture, were not close to death from starvation, then you are better off than 500 million people.

If you can go to your place of worship without fear that
Someone will assault or kill you, then you are luckier than 3 billion (that's right) people.

If you have a full fridge, clothes on your back
a roof over your head and a place to sleep,
you are wealthier than 75% of the world's population.

If you currently have money in the bank, in your wallet and
a few coins in your purse, you are one of 8 of the privileged few
amongst the 100 people in the world.

If your parents are still alive and still married,
you're a rare individual.

If someone sent you this message,
you're extremely lucky,
Because someone is thinking of you
and because you don't comprise one of those 2 billion
people who can't read.

Work like you don't need the money.
Love like nobody has ever hurt you.
Dance like nobody is watching.
Live as if this was paradise on Earth.

HAVE A NICE DAY 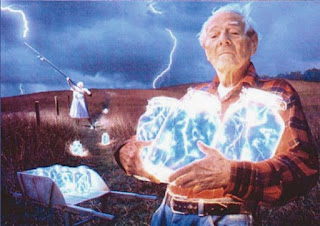 Posted by Jeremy and Kayla's Prayer Room at 11:36 AM