Going in the spirit of Independence is liberating, pun intended.. 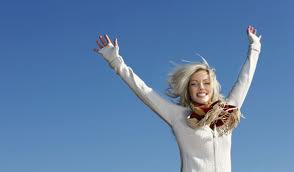 How to break free from patterns in your life?   Break free by attitude.  Start thinking differently about things.

Let me be your coach.  First speak to yourself.   Second, start being happy.  It all starts from the inside.  Don't be afraid of being called crazy.  My motto is, if there isn't someone in the room who thinks you're crazy, that just means you're being just like everybody else.  Newsflash, rich people are "crazy", ALL OF THEM!   They think outside the box freely.  It's also a character of things opposite to dependency.  Another newsflash:  Expressing freedom and independence in a positive way in your life is a life of great Wealth.

I'm learning about this attitude change these days.  When approaching my problems and how to solve them, I noticed a pattern.  Usually, when I discovered a problem, I would imediately think of people who could or might reach out and help me..maybe if I begged them..then I could get want I want and my problem would be solved!  I would think about companies or webpages that would solve my problem.  I used to always email someone and ask them questions in regards to the issue and then take their advice like it came from the bible itself; but I learned that out of habit I was acting in a way that was dependent, and the result was never that productive for me.  Perhaps I was doing this so that I could blame someone else for not achieving what I wanted.   But at any rate, I learned that it is I who need to go directly to sources for information, experience, or whatever..others are not the experts.

Posted by Jeremy and Kayla's Prayer Room at 10:53 PM