Tonight I was Inspired! What an Inspiring Night to Remember! 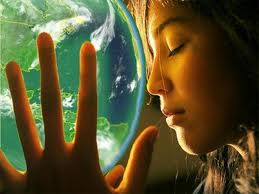 Share your gift.  Share your talent!  If there's anything you get out of this night it's that!

Today, after I played music, these ladies mentioned to me that my music helped change their outlook on how they see African Americans   They see people who are aspiring.  She asked me if I ever thought about reaching out to the community.   They said so many things, it was surreal and so wonderful, but i knew it was God saying, this is what I want for you to do.  As the woman spoke, she told me about how when she was young, she grew up around the Black Panthers and how she was taught by the media and people around her to be afraid of African Americans, but tonight, as tears came to her eyes, she said she was so inspired and moved, and she had to tell me that I spoke to their hearts.   Share your gift.  You have a gift.  There's something about you and we are moved by it.  This is the third time in two weeks I have heard people say this, but in a way that is moved to tears, and that never happened maybe because I was too bashful to let it.  But now, it's time.  You are going to share your present with the world!  They mentioned a football player who is African American, but who also paints, who encourages children to paint, and it's often through those things that we see how we are more than what we see around us.

What a night!
Posted by Jeremy and Kayla's Prayer Room at 11:53 AM