To Americans currently having a "Bruce Willis' Sixth Sense" Experience... 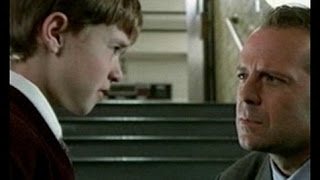 Before the election, a number of Americans were on board with a message of peace.  They were proud to be apart of a group that does not incite violence and division.  Now that the election is over many are responding in a curious way.

In the movie, "The Sixth Sense" a boy sees people who had already passed away.  (spoiler alert!!) Bruce Willis is apart of these people and doesn't even know it.  He asked the boy about this and doesn't like what he is hearing.  He'd probably prefer that these occurrences stop, but he later discovers that he is apart of the phenomenon that his fervently dislikes.

I think that a number of Americans are having a similar experience currently.  They spoke about stopping violence and being apart of peace, but they are acting in a way that now promotes the violence and division they disliked and do not realize they are becoming the problem.  I am not saying there is a time to fight for what you believe; I'm saying there is a way to do it that does not reflect the very thing you dislike.

What do we need?  We need to pray and do some soul searching.  We need to stop and think about what we are doing and how it is affecting those around us.  Let's really pray, do some soul-searching and figure out what we need to focus on that will help bring more peace to us and to those around us.  I suggest we don't focus on the violence of anybody and instead focus on the solutions and working together to bring about a better world and we will not find that we are apart of the problem, but we are not apart of the experience.

Posted by Jeremy and Kayla's Prayer Room at 1:31 PM