You Are Extremely Blessed 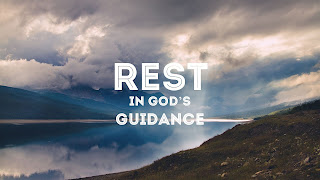 Yesterday I spoke with a guy who had his PhD and was in a successful position at a University. Afterwards I wrote down some of his suggestions for things I could do to be successful. But I also was feeling a little down that maybe I had to do some things that he was doing instead of the things that I was doing.

This morning I went for a run and as I was running I heard some runners behind me and it sounded like they were catching up with me, so I thought I would speed up. Then after I evaded them I was a little bit tired so I thought I would stop my run early.  But I felt God saying, "Do not stop your run early. Keep going the distance to you said you were going  at the pace you have.  Don't try to run at the pace of other people.  Just run the pace that I set up for you and trust that I am guiding you.  Don't be in competition with others.  Listen, I have called you by name and I have called you MY name. You are blessed, prosperous, strong, and victorious in every way!

So, again Let's not try to compete with others, but let's run at the pace that God has set out for us and we will beat the odds and we will be blessed in every way. God said I have called you my name and I am guiding you and I have always been guiding you. You are extremely blessed!

We say: Yes Lord I trust you! So let's run the race marked out for us and not for others with confidence and trust that God has been guiding us all this time.

Now this is what the LORD says—He who created you, O Jacob, and He who formed you, O Israel: “Do not fear, for I have redeemed you; I have called you by your name; you are Mine! Isaiah 43:1
Posted by Jeremy and Kayla's Prayer Room at 10:11 AM No comments:

Jeremy and Kayla's Prayer Room
Welcome and stay for a while : ) Get in touch with us and let's chat.
Newer Posts Older Posts Home
Subscribe to: Posts (Atom)